A old fashion guide on building an overall impressive chest from all angles!

The possession of a deep, thickly muscled chest is one of the hallmarks of a championship bodybuilding physique. Bodybuilders, in particular beginners, pay a great deal of attention to this region of the body not only because it responds rather quickly to regular training but also, when fully developed, imparts the look of power and muscular impressiveness to the whole physique.

Overall chest size would have to be thought of in terms of overall torso size, which would then involve building the lat spread, the ribcage, and the pectoral muscles. But since the lats can be worked more efficiently as a separate area, the focus in this article will be on the chest proper: its muscular structure, i.e. the pectoral muscles, and the skeletal framework, or the ribcage.

Ribcage work is, in principle, very beneficial because of its health-promoting effects, and should therefore be part of any chest program. By stimulating growth in the chest at its structural basis, one can expect to have, after a period of steady training, improved heart and lung function, hence, increased endurance and vitality. Strictly speaking, the potential for ribcage expansion is fundamentally linked to genetic influences. Also, individual ability to alter the skeletal structure is drastically reduced after a certain age (usually adolescence). Still, a consistent, steady effort over a period of time, with the correct training technique, should bring good results for everyone regardless of age. Bones cannot be lengthened, but one can slowly stretch the length of the cartilages that attach the ribs to the sternum, something which in effect makes for greater flexibility and expansion of the rib box. The key factor in ribcage work is not the use of heavy weights, but deep breathing and high repetitions. A couple of sets of breathing squats (flat-footed) immediately followed by straight-arm pullovers, or straight-arm flyes, or cross-bench pullovers should really stretch the ribcage and expand its volume.

The weight for the breathing squats should be about your bodyweight. You are going to do one set of 20-25 reps, taking 3-4 breaths between each rep, then go right on into, say, straight-arm pullovers on the flat bench. These should be done with a lightweight and the knees drawn up so that the back is kept fiat on the bench, thus allowing for a greater stretch of the ribs. Another option instead of straight-arm pullovers you can do straight-arm flyes. These are employed with medium to light dumbbells, do them with the knees drawn up also and the dumbbells heavy enough to permit 15-20 reps. Starting with the bells held above the head at arms length. Lower them outward and down in a semicircle motion as you inhale, filling the chest cavity with as much air as possible. Breathe out as you raise the weights again to above the chest squeezing the pectorals.

The final option is the cross-bench pullover to follow the breathing squats, rather than straight -arm pullovers or flyes. To do this exercise, grab a moderately heavy DB with your palms against the underside of the upper set of plates and your thumbs around the handle of the DB. Lie with only your shoulders and upper back touching a flat bench. Start with the DB held directly above your chest. Inhale deeply and lower it backward and downward in a semicircular arc, as low as possible. At this point, try to lower your hips a bit more for a greater stretch of the ribcage and pectorals. If the trainee is interested in doing specialization for the ribcage, a good strategy to follow is to do one set of breathing squats, followed by one set of straight-arm pullovers. Rest a couple of minutes. Another set of squats, then one set of straight-arm flyes. Take another two-minute rest, then do one final set of squats followed by cross-bench pullovers. The rep and set scheme is specified at the end of the article.

Now for the muscular structure of the chest. Its complete development can be achieved through systematic work on the four major sections of the pectorals: the upper or clavicle section (pectoralis minor), the lower sections (pectorals major), and the inner and outer edges. The bulk of the work, however, must be directed to the upper section, since almost every chest exercise will influence the lower and outer portions to some degree, and besides, it is the massive development of the upper section that adds the most impressiveness to the chest.

Leaving aside natural shape and the fact that not everyone will be able to build classic, square-type, high-set pectorals. Every trainer nonetheless has the capacity to fill out the area just below the clavicle and near the sternum to the limit of inherited potential, and chest-training information should precisely emphasize the ways in which maximum growth in this area can be achieved.

In building the upper pectorals one almost immediately resorts to incline bench work, and justifiably so since, as a rule, all incline presses and flyes affect this section very vigorously. There are, however, several movements not generally associated with upper-pec development which can be employed profitably for this purpose, and may stress this section of the muscle even more intensely than conventionally-used exercises, such as incline presses. These include:

Ultra Concentrated Energy!
There is a variety to choose from, as you can see. Decline presses and flyes are especially significant here because most people consider them direct lower-pec exercises, but the fact is that they too can stress the clavicle portion of the pectorals very strongly. The main thing is to perform them with the elbows pulled well back, and to raise the bells up deliberately for a strong contraction at the top.

What about the old reliable, the standard barbell bench press? There is no question that this is the greatest mass and power builder for the chest, as well as for the entire upper body. In its compound function it works the pectorals, the frontal deltoid, the triceps, and to a lesser degree, the lats and ribcage. Our interest here, though, Is to isolate the stress on the upper pectorals, so the exercise should be done with a slightly wider-than-shoulder-width grip, a weight heavy enough to allow 10-12 reps, the elbows pulled backwards, and the bar lowered slowly to the base of the neck, not to the chest. Do not attempt limit poundage's, but concentrate on good exercise form instead of try to lift maximum weights.

Some tips for your incline-bench work. The incline press with a barbell should be performed with a medium-wide grip so as not to shorten the range of motion. Keep elbows well out to the sides and back, and lower bar to the line of the upper pecs, right below the collar bone. If dumbbells are used, use the same elbow position but also lower them as much as you can manage in order to get the fullest extension of the arms. Press up, locking out arms vigorously for a full contraction. Don't hyper extend the elbows, keep all the tension on the chest. Try to keep the trunk flat against the bench at all times. The incline flyes will probably give you better effects if done on a low (35 angle) incline bench. Start with your palms facing each other and the DBs touching each other in the middle directly above the chest. Allow your hands to move in semicircular arcs out to the sides and as low as possible. Return to starting point and repeat.

Finally, in order to maximize the action of parallel bar dips on the high pectoral, do them with the torso tilted slightly forward, chin on chest, and elbows out to the sides. Go down as far as possible to get the maximum stretch, then press back up and lock out on top, holding the contraction on the pectorals for a couple of seconds. The squeeze in the upper pecs will be quite intense. Perform at least 10 plus reps each set to maximize the growth potential.

I hope these considerations have made clear for you the importance of strict form and concentration over a loose style and exceedingly heavy weights in training the chest, as concerns both expanding the ribcage and isolating specific portions of the muscular structure. It is true that progressive weight training means the employment of heavier and heavier poundage's, but it does not mean that proper exercising style and concentration must be sacrificed. Outlined below are several sample routines. Pick out one and stick with it for a few months, then switch to another one for variety.

I. Chest Program With Ribcage Specialization

There you have it, if you are going to use the ribcage specialization program, train four times a week dividing your routine as follows: Monday chest, shoulders, and calves; Tuesday back, arms and thighs; rest a couple of days; repeat workout for Friday and Saturday; start over on Monday. The results should be well worth the effort. 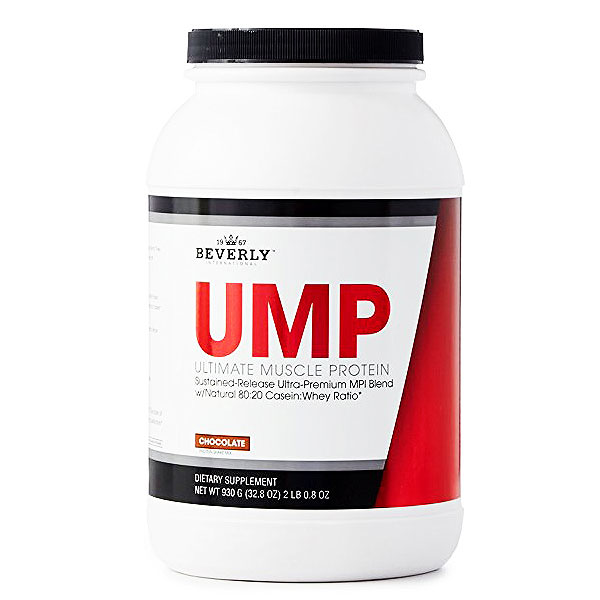 Lean Muscle Growth!
GET YOURS 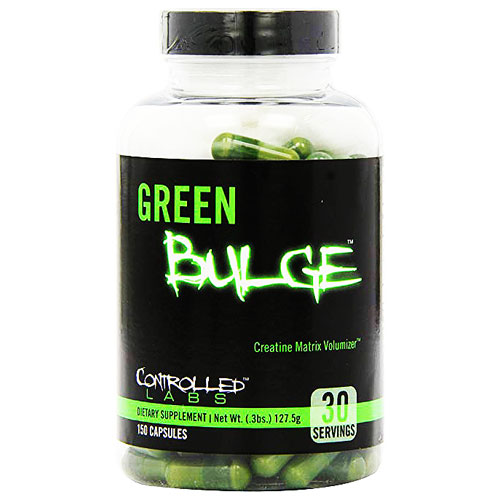 Creatine Volumizer Matrix!
GET YOURS 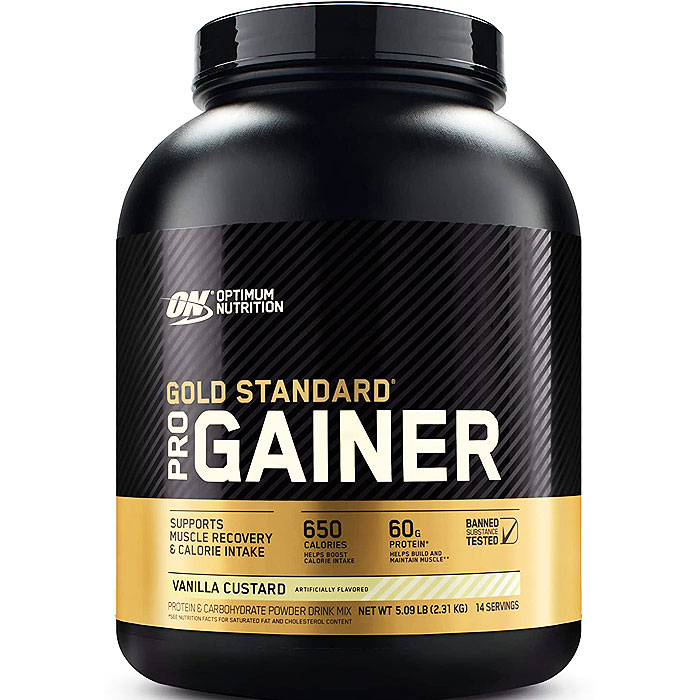 Over 600 Calories Per Serving!
GET YOURS