Comprehensive training article on building a complete chest from top to bottom!

Though arm development is more popular with the general public, a spectacular chest commands instant attention, especially when the bodybuilder is fully clothed. In physique competition, the side chest pose could be described as “awesome” when properly performed. Combined with muscle control, the pectorals and deltoids can be made to ripple like waves on the ocean, dazzling an amazed audience.

When the right combination of exercise is used, the chest will develop quickly. Many people who previously couldn’t build chest muscles, have responded almost miraculously to a multi-angular chest blasting program. This involves getting away from some “pet exercises” and restructuring your program with exercises that hit the muscles from various angles.

When “Bruno” bench presses, half the gym members stop to watch. He does repetitions with over 400 pounds and can do singles, in rather loose form, with close to 500! Bruno has a husky physique and wants to compete for bodybuilding titles, but his chest doesn’t show nearly the development that you’d think it would. In fact, many of his friends at the gym who can’t bench press nearly what he does, have much better developed pectorals. Why is this?

If you compare Bruno’s bench pressing style with that of these other men in the gym, it’s easy to see the cause of the problem. Bruno uses a regulation bench pressing grip on the bar. He brings it down to the solar plexus, just below the chest, then powers it up using his back to give the bar a bounce with his chest. Were he to take a little bit wider grip and bring the bar down to his upper chest, his elbows going out to the sides, his chest would get more work and he’d get better results. Of course, he would have to diminish his poundages in this lift, which would be a crushing blow to his ego. This is why he’s never taken this advice. This is also why he never changes his chest routine. Year after year, workout after workout—bench presses, parallel bar dips (once again done with his shoulders and arms in-stead of leaning forward to work the chest) and dumbbell flyes, which look more like dumbbell bench presses. It’s no wonder Bruno has great triceps, but no chest development.

If you’re not getting the most out of your bench presses, check your form. Are you benching like Bruno? This may be why your chest isn’t developing though your bench pressing strength is increasing. Try a wider grip and bring the bar to the upper chest, half-way between your nipples and your clavicles.

When to Exclude Bench Presses Entirely

About ten years ago, I completely eliminated bench presses from my workout. Benches were always a strong lift for me and I did my repetitions with over 400 pounds. My chest grew from them and it was, at first traumatic to eliminate this exercise. It was the kind of development I was getting that I didn’t like. My pectoral muscles were bottom-heavy and definitely out of proportion. Analyzing the problem, I decided to substitute (not add) incline presses for my bench presses. This would theoretically build the mass of my chest in the upper pectoral area. This would not only create a more dynamic appearance, but give an illusion of height to my physique. I’ve often switched to dumbbell inclines, back to barbell inclines. I’ve even occasionally substituted heavy incline DB flyes, but I never returned to standard bench pressing.

I have since concluded that the very best chest exercise is the incline press with either barbell or dumbbells. For maximum upper chest development, the 30 degree to 35 degree inclines are the best. Any higher and you put too much emphasis on the deltoids. For a “shocker” to overcome a sticking point, however, you might try doing sets at a variety of angles from 20 degree to 45 degree. You could start at 20 degrees and raise the bench to the next level. Do a set at each succeeding level until you’ve completed 45 degrees.

The next step to excellent chest development is to chisel separation at the sides and across the bottom of the pectorals. It is decline chest movements that succeed in this. Once again, a 35 degree decline is the best. Too much of a decline puts the emphasis on the upper back muscles. Decline barbell and dumbbell presses will serve this purpose and you will soon be able to handle a lot of weight in these movements. The most effective decline exercise, however, is the Decline Flye, or Lateral with the elbows slightly unlocked. You can feel this up along the sides of the pecs to where they tie in with the deltoids.

Parallel Bar Dips can be very effective for this area if done correctly. They must be done with a wide grip, elbows out, and with your body leaning forward. Go down in a deep position and push all the way up. If you can’t do enough repetitions properly, then do Push-up Dips between two chairs or high stools in the same manner. Dips are similar to Decline Barbell Presses in their effect.

Decline Round-The-Worlds are also an excellent shaper. It is done much the same as a Decline Flye, but after the dumbbells are touched together, bring your arms back over your head together, as in a Straight Arm Pullover. Inhale deeply as you do so; next, bring the dumbbells around and over your chest in a decline flye movement once more.

Another variation of this exercise begins like the exercise just described. Bring the dumbbells up in a Decline Flye. When they touch together, they’ll be in a direct line with your lower rib cage or upper abdominals. Now bring your hands back down and in a circular motion in the direction of your head. Bring them up and together above your forehead; then around again in the opposite direction ending up over your abs.

Building the Cleavage Between the Pectorals

Neither Flyes nor Dumbbell Bench Presses are extremely effective in building the deep-etched muscularity between the chest. The reason is that with dumbbells, the resistance derives from the relationship of the weight to gravity; when your hands are directly over your shoulders, the tension ceases. As you move them closer together, gravity does all the work. You could compensate for this by flexing the muscles at the end of the movement. Better yet, add some cross-cable chest exercises. If your gym doesn’t have cross-pulleys, you can stand to the side of a wall pulley and do crossovers, one arm at a time. Don’t do the exercise with your back to the wall pulleys, or you’ll have the same situation as with the dumbbells.

Even more effective for this part of the chest are the chest machines, or “Pec Decks” made by many companies. You can use more weight on these and pressure continues at the conclusion of the movement.

Yes, you can actually enlarge your rib cage and add inches on your chest. Though many feel that there is little chance of doing this after reaching maturity, many have succeeded in doing so past the age of 40. The most successful method is Deep Breathing Pullovers done right after a physically exhausting exercise like Full Squats. My favorite method is as follows: Directly after a leg workout, I’d sprint around the block, a distance of about ¼ mile. I’d run right back into the gym where I had a 25 pound barbell waiting on a flat bench. I’d immediately lay down and do Straight Arm Pullovers (30-40 reps) while taking monstrous breaths to correct the winded condition.

As I said, lay on a flat bench, not on an arched bench or lay over the bench sideways. If your back is arched, your abdominal muscles pull your rib cage, restricting the expansion. It feels like you’re getting a rib cage stretch, but you’re not.

During the day, take huge breaths whenever you think about it, consciously expanding your rib cage. Also, practice vacuuming your abdominals, raising your rib cage high.

Pullovers can be done with a single dumbbell or a Nautilus Pullover Machine as well as with a barbell. Keep them light, high repetitions, and breath very, very deeply!

The side chest pose can be awesome if done correctly. Note, however, that a slight deviation in the manner of performance can completely destroy the entire illusion. It is amazing how even many top professionals don’t get the most out of it.

Stand with your best side to the audience. The leg on that side should be forward with the knee bent. The far leg goes back slightly with the heel of that foot off the floor. You are pushing down with the ball of that foot flexing your calf. The thighs should be tensed with the leg biceps flexed.

The arm that is toward the audience is held in an “L” position as if half-way into a dumbbell curl. The fist is tightened and rolled forward toward the forearm. The opposite hand goes over the top of the displayed forearm at the wrist. Push the arm up, resisting with your hand in an isometric curl to make the biceps bulge. Pull the wrist bone of the arm that’s crossing your midsection into your abdominal region one Inch beyond your navel.

Vacuum your abdominals, sucking the muscles way in. Raise your rib cage high so it is suspended above the hands like an awning! Your opposite shoulder should be back so your rib cage looks HUGE! Many bodybuilders make the mistake of turning the opposite shoulder toward the audience. This will make the chest appear shallow. Though the serratus can be flexed better in this manner, the illusion of a gigantic chest is destroyed.

Move your elbow (on the displayed side) as far back as possible without showing space at the crook of your elbow. The farther back you move it, the larger your chest will look. Your head should be turned toward the audience, chin up slightly. Make sure your eyes are level and that your head is not tilted back or to one side. Flex your neck so the sternomastoid muscle stands out beyond level with the side of your face.

Hold the pose for one second perfectly still, then flex your pectorals so the muscles ripple upward. Flex no more than twice. You may hold this flexed position for a second so the separation between the upper and lower pectorals is displayed.

The best way to bring out this separation is to work your upper and lower pecs separately. This involves Incline and decline work as described, eliminating fiat work.

Putting it all together, here is an ideal routine that will develop a chest that will be a sure prize winner when you hit this pose:

Send Us Your Comments:
Building a Spectacular Chest - Comments 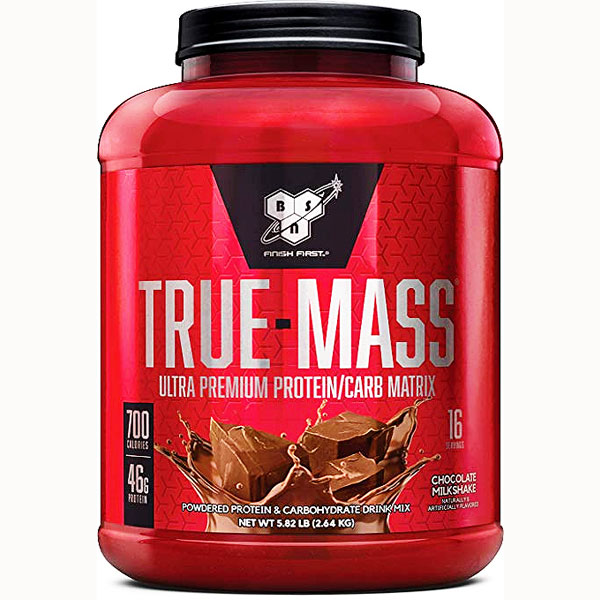 Core Series!
GET YOURS 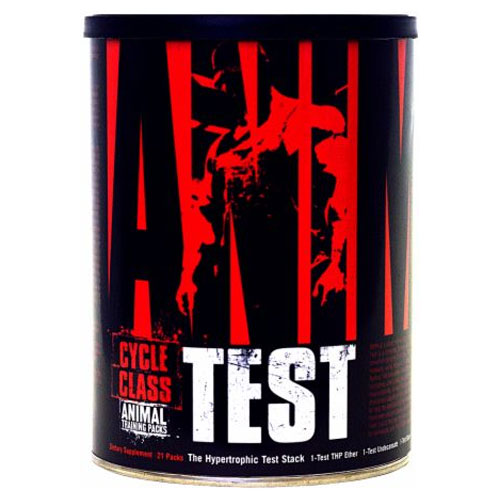 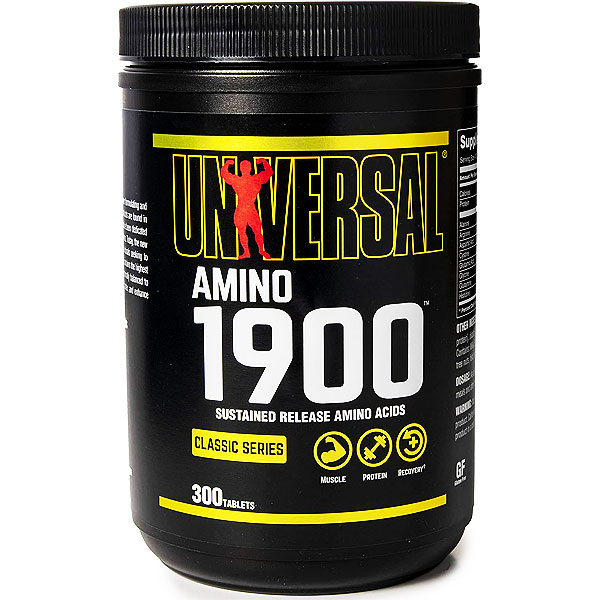